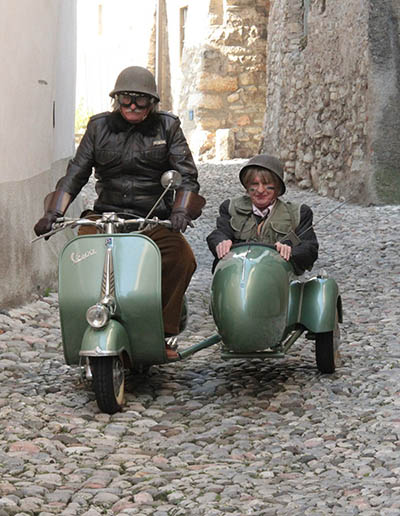 It’s election time. It’s always Palmira who decides who’ll be elected next mayor. This year she decides to elect her grandson, Peter, a clueless forty year old whose only skill is playing bowls. Despite his obvious incompetence he is unanimously elected mayor, but the day after his investiture he’s arrested for attempted murder. It’s up to Palmira, Miglieta and Geni to solve the case.

Alberto Meroni - This email address is being protected from spambots. You need JavaScript enabled to view it.